Welp 1. I finally bit the bullet and fixed the site

The issues were really straight forward.. I had ssl issues after juggling the wordpress install across several (4?) cloud platforms over the past several (4?) years, and a directory issue that took some time to resolve. There are still some broken photo links from the early-early posts, but I can say with certainty that nobody needs to revisit. Assume we all had fun and move on.

The issues are really straight forward. You use your brain and get upset by things that really don’t matter. I like it quite a lot. I’ve moved into infrastructure engineering, and spend most of my time pissed at AWS for whatever reason. Unify your goddamned APIs.. it is tiring.

The issues should be straight forward. Software Engineer and Katie is a Controller. It feels like we are at a pretty big turning point in the field. I really like my wife, really like my daughters, mostly like the dog, and usually don’t hate the chickens. The gloves come off when the dog eats the chickens’ shit, after the chickens have jumped the fence into the dog portion of the yard.. but that is solvable.

Katie and I have put in the work over the past two+ years to get good at working from the house. We’re good.. the kids are good.. things in general are good.

Welp 4. now what (still about work)

Offices are back open. But sad.

Welp 5. It’s better (still about work but wrapping it up)

The coffee is much better now. I dump sweat on the Peloton everyday. The commute was pretty unneeded in retrospect. I miss my work buddies, but that ship has sailed. We’ve scattered while trying to keep our shit together over the last few years.

Weird stuff, but glad to be on this side of things.

Work from home?
Starving after your midday workout?
Arguably snack too much?

You need a little-ass end table.

I picked up a few sticks of 3/4″ copper pipe and broke out the torch yesterday. Little side tables are great.

This design is minimal enough to look sharp, and sturdy enough for the kids to drag around for such things as ‘sit on a side table and watch Full House’ and ‘argue with your sister while she serves you breakfast on the side table in front of the couch while you sit on the couch and your dad asks you if you can possibly turn off Full House or at least turn the volume down to a sensible level.’

Good stuff. This is the third one I’ve made. I went with a better grade of wood this time, and spent a lot of time two weekends ago sanding / sealing. The not-so-shiny finish should do a decent job hiding salsa stains quite nicely ?.

Since the previous post, I’ve had this site (generic WP install) on several hosting providers. The exercise was mostly for me to test crap out, live, with a *bit* on the line. Do it live.

Containers with backups have been the best.. Digital Ocean was pretty great, somewhat surprisingly. Things ran there uninterrupted for quite a while. I bought a few domain names and consolidated, and shit sort of hit the fan.

I pulled all of my junk over to Google Domains. Two of the four(?) at the time had Google Cloud test things deployed to test thing addresses. I figured I’d park the blog on a hosted offering while I sniped the other instances. AWS / DO were both decommissioned.. things ran just fine on BlueHost (the G Domains suggested provider) for ages. An expired credit card, in combination with the wrong goddamned email address (wat) on record (despite using Google login exclusively) led to the site going awol.

So here we are. I’m piecing this crap back together because it was a fun part of my life. Blogs kicked ass.

I have the site running on a pretty minimal Google App Engine machine and the dumb posts back up. I haven’t figured out a way to upload and remap the post images that doesn’t involve clicking a bunch of shit in the WP UI. Tableflip.

Maybe I’ll figure out something clever. Until then, PICTURE ME CLICKIN’

My 6 y/o reported on Saturday that our a-bit-older-than-the-six-year-old LG TV was broken. My first thought was soccer ball.. turns out the thing just wouldn’t get past the boot sequence, and was just feezing on a giant LG logo. Unresponsive to reboot.. the old unplug for however long trick didn’t work.. web search told me that the motherboard was toast, and stupid expensive to replace.

So that was mostly that.. trip to Costco for a new TV on Sunday and the whole works. It was bugging me though, so I started digging into YouTube videos. One guy managed to get his TV past the start screen by popping the back cover off and cranking on the motherboard with a hair dryer. Huh.. I could do that better. I remembered that people ‘fixed’ gen 1 xbox units by throwing the thing in the oven.. let’s try that.

The kids were home from school for President’s Day, so we had a PTO day project. 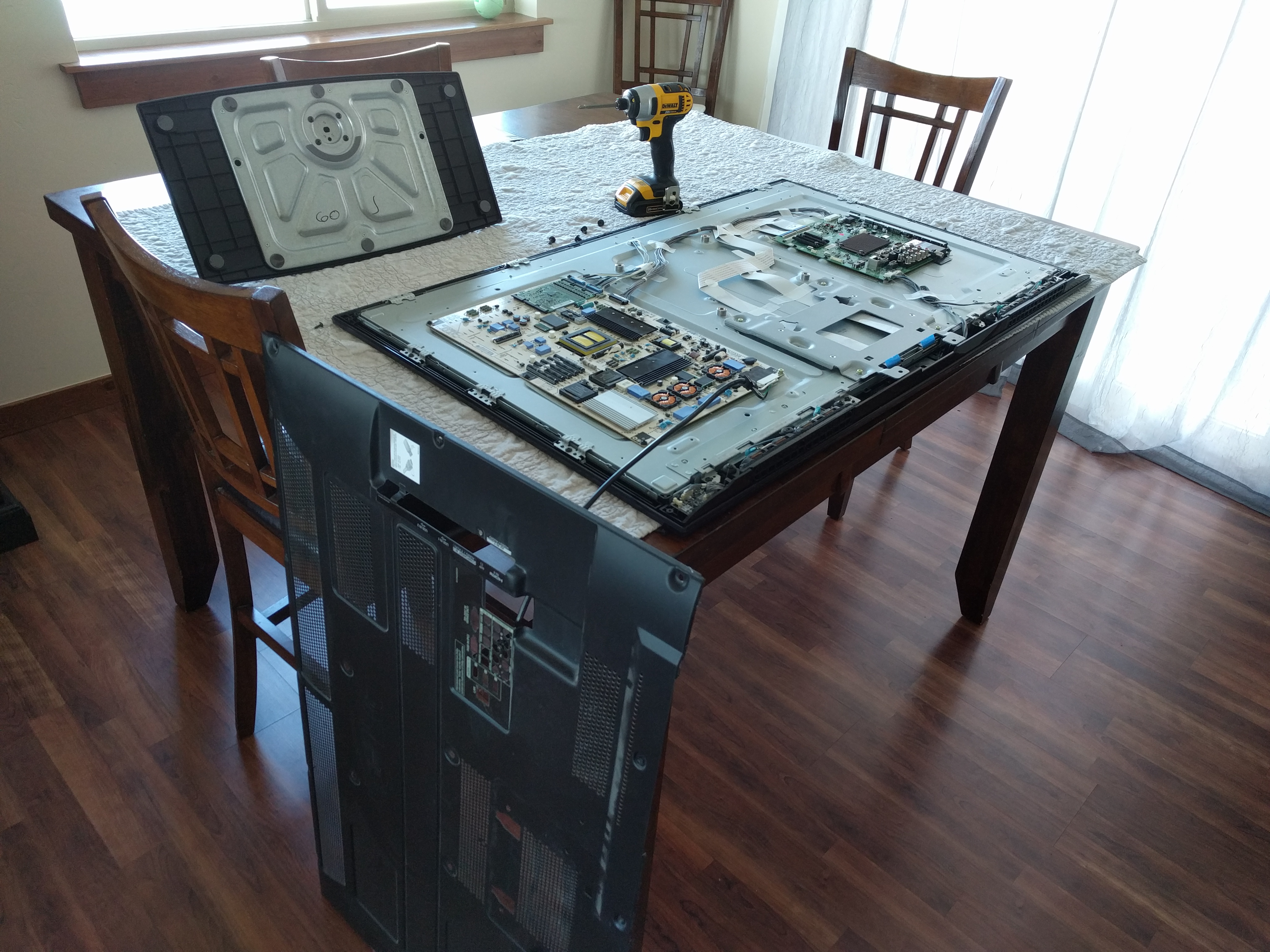 Step 2: Yank Motherboard (the before pic) 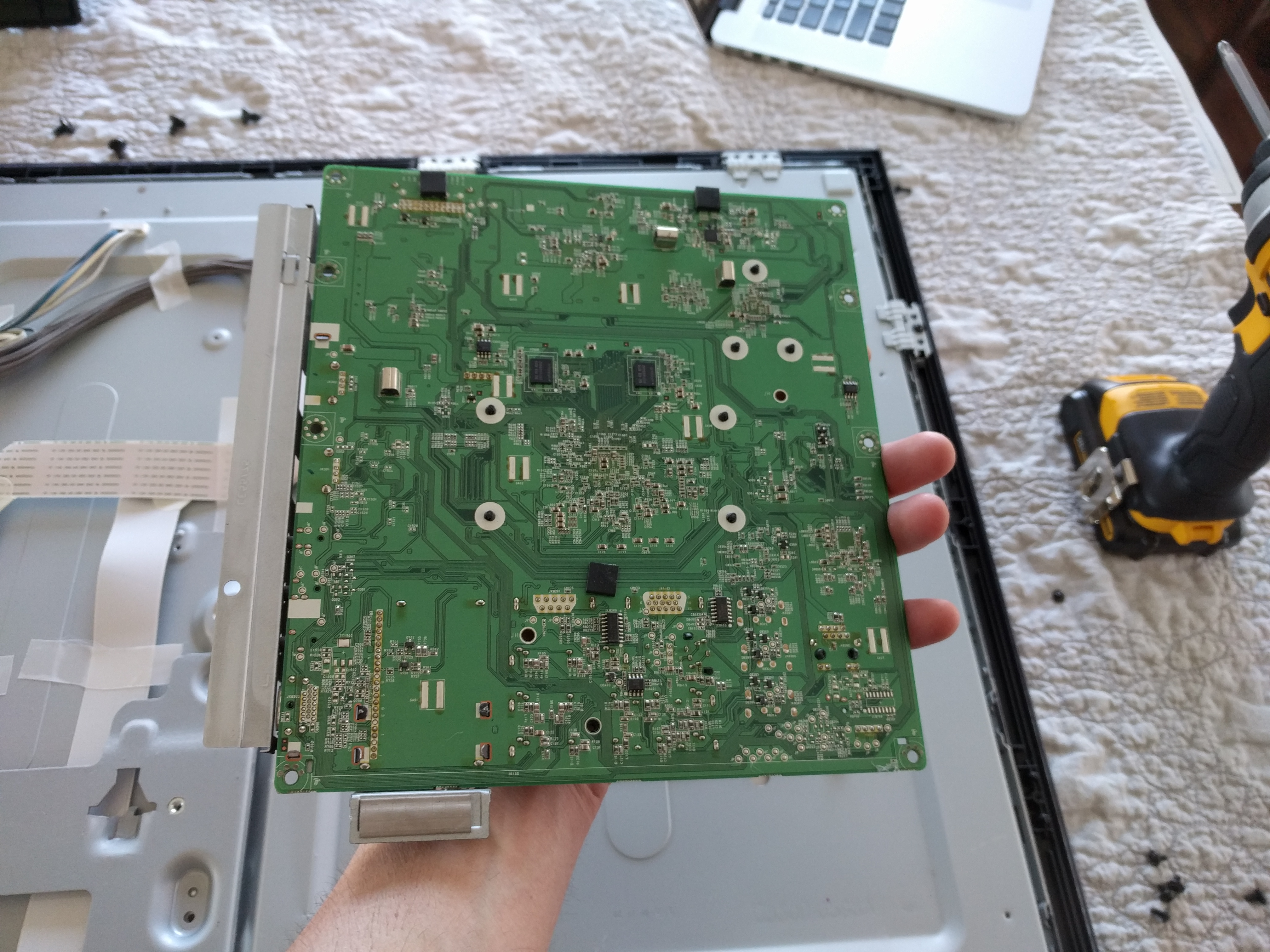 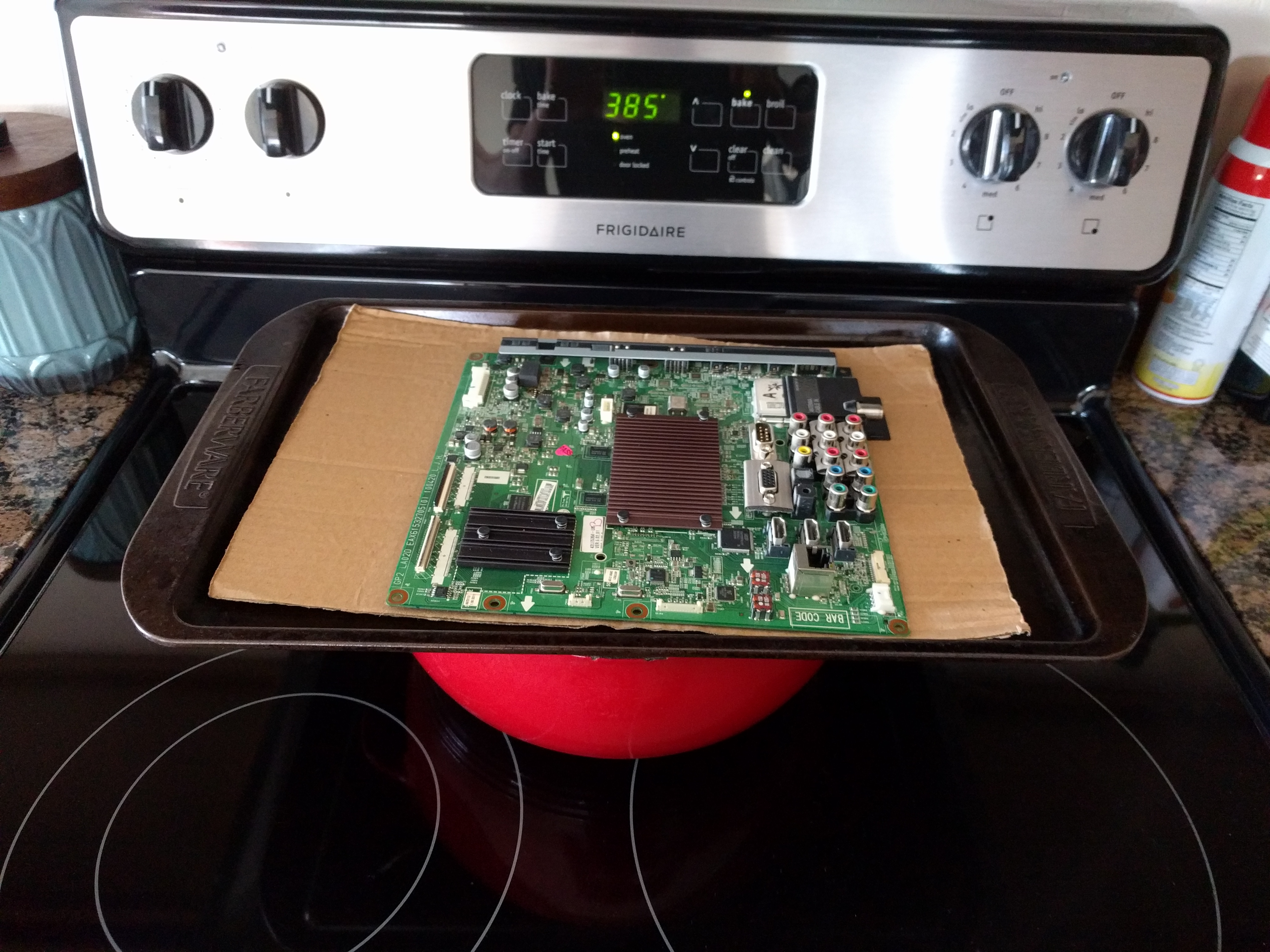 I let it rip for 8 minutes at 385, cool with the oven door open for 10 minutes, and then drop to room temp under the oven hood.

After the heat sink was down to a reasonable temp, I started to access the damage. Solder definitely ran, as anticipated. Huh. 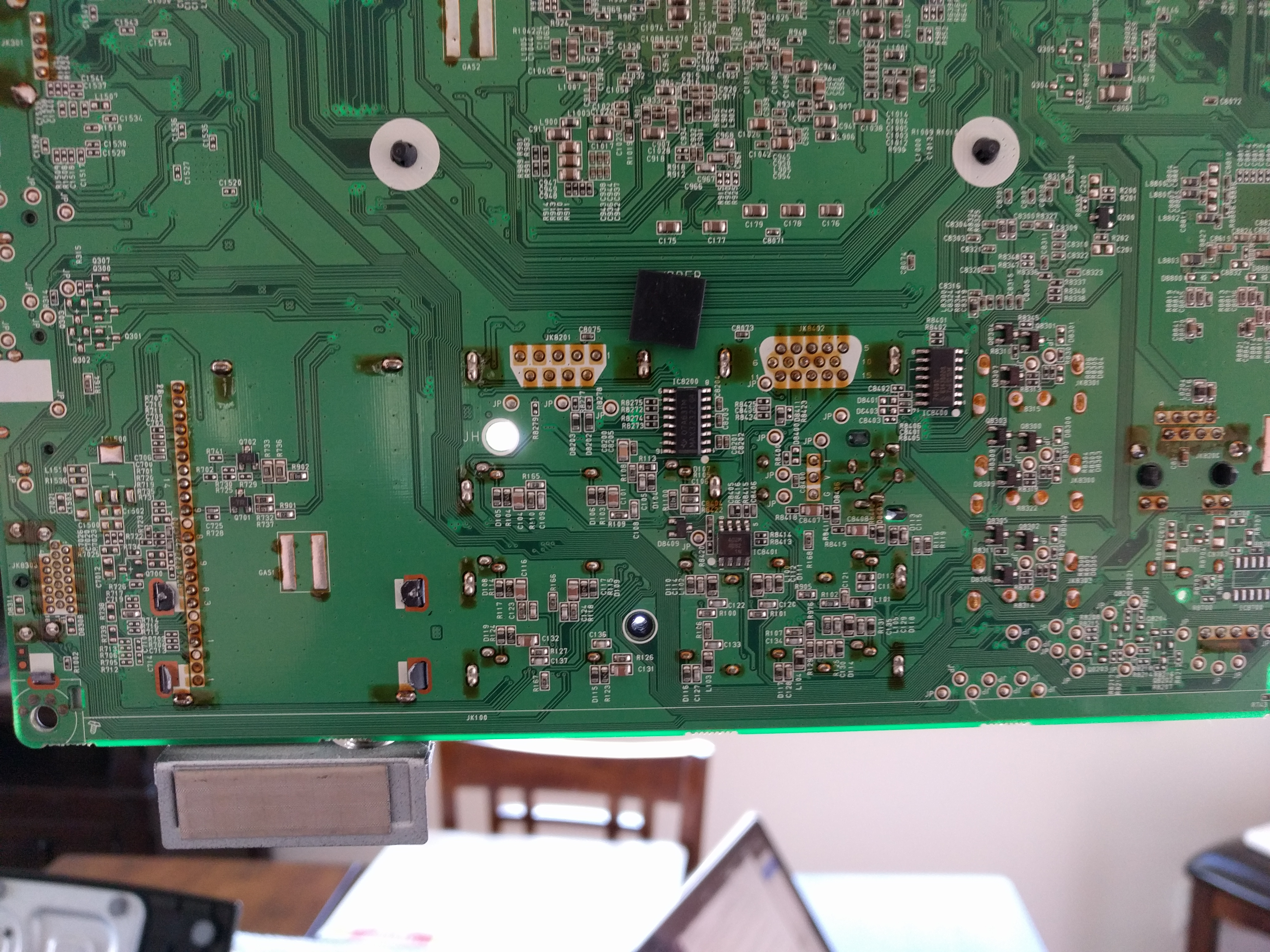 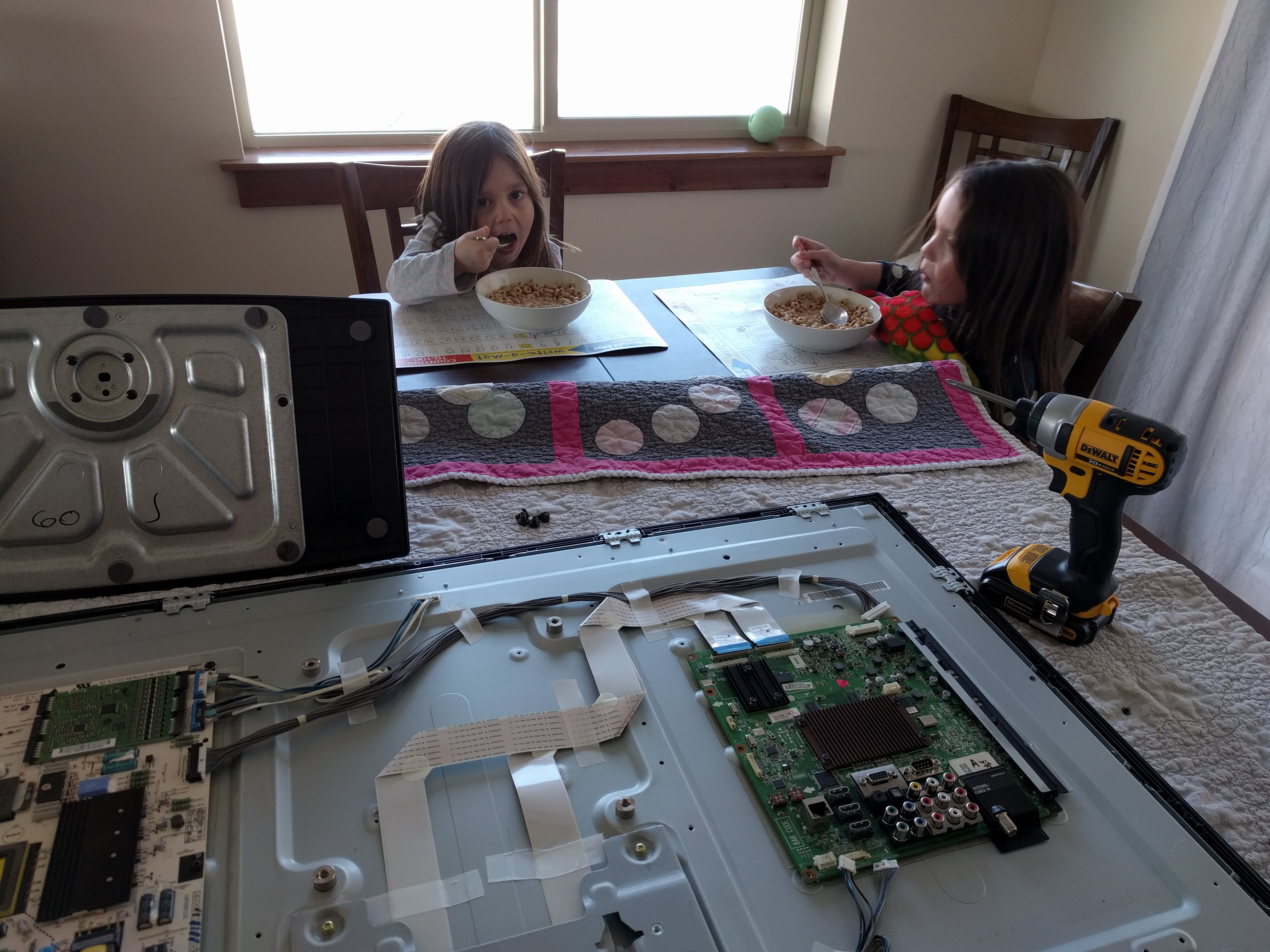 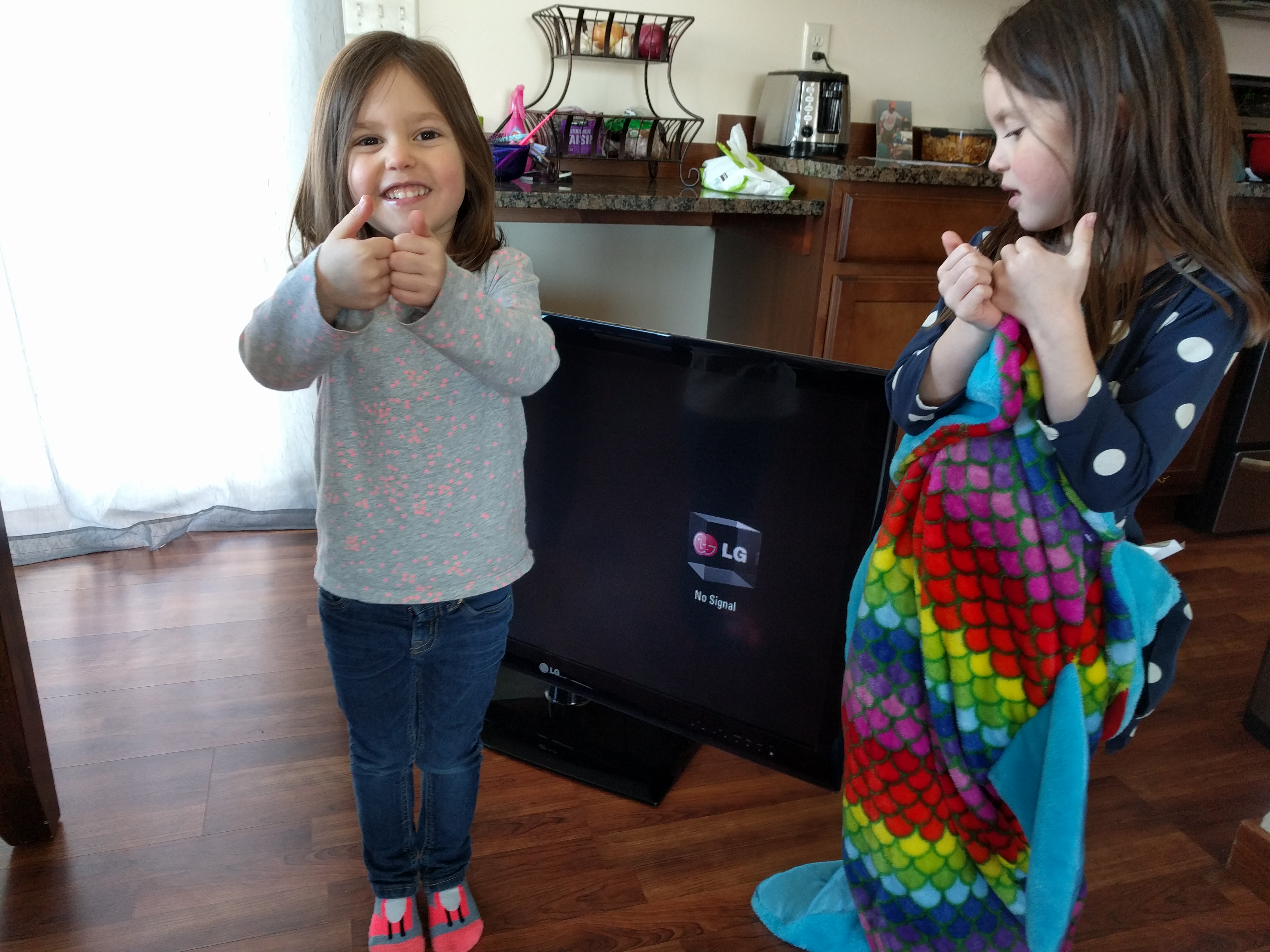 That’s pretty much that. We have a TV in our bedroom now. All of the ports are working, and the picture looks as good as ever. Need to update the resume to include ‘TV / VCR Repair.’ 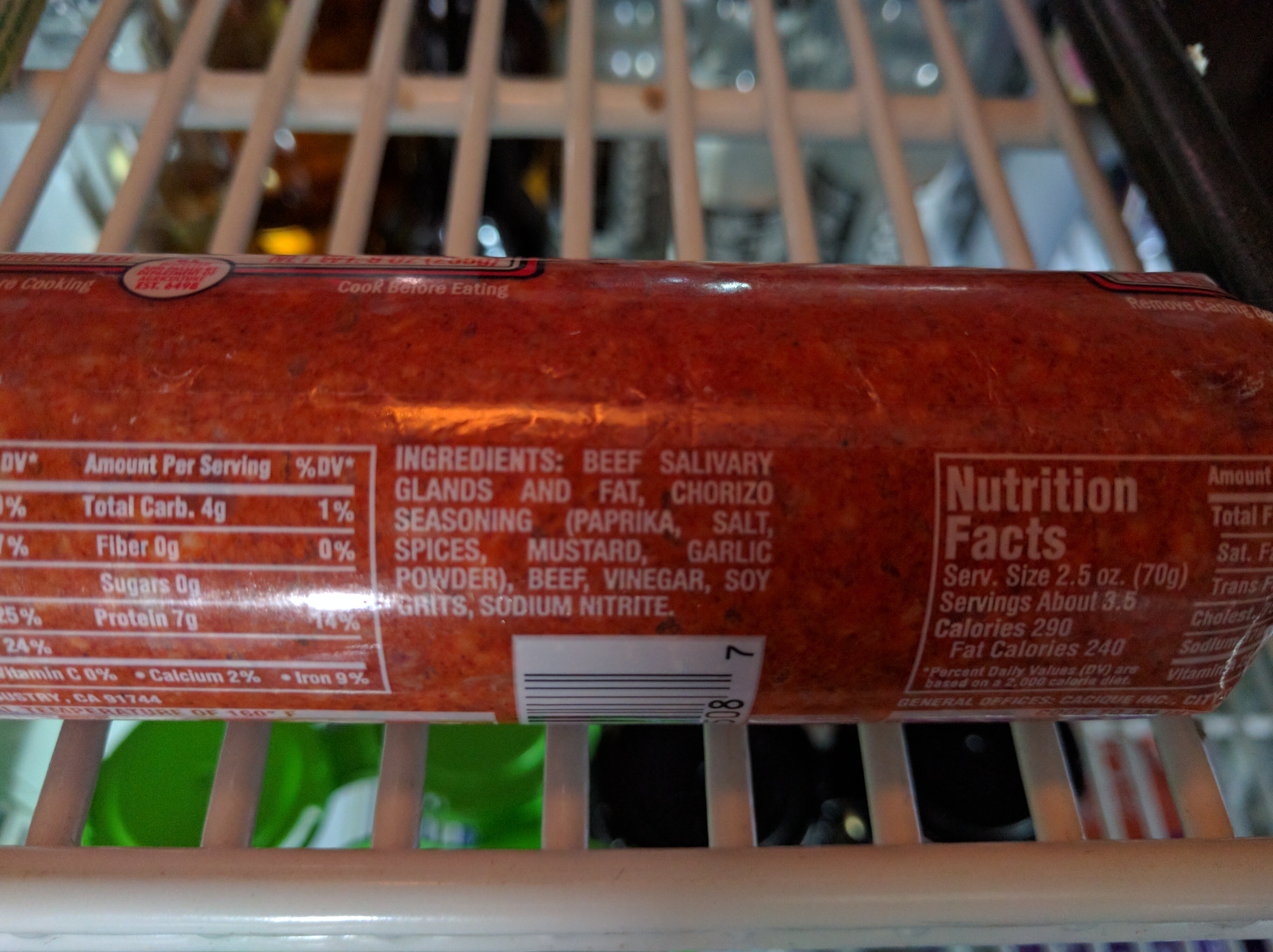 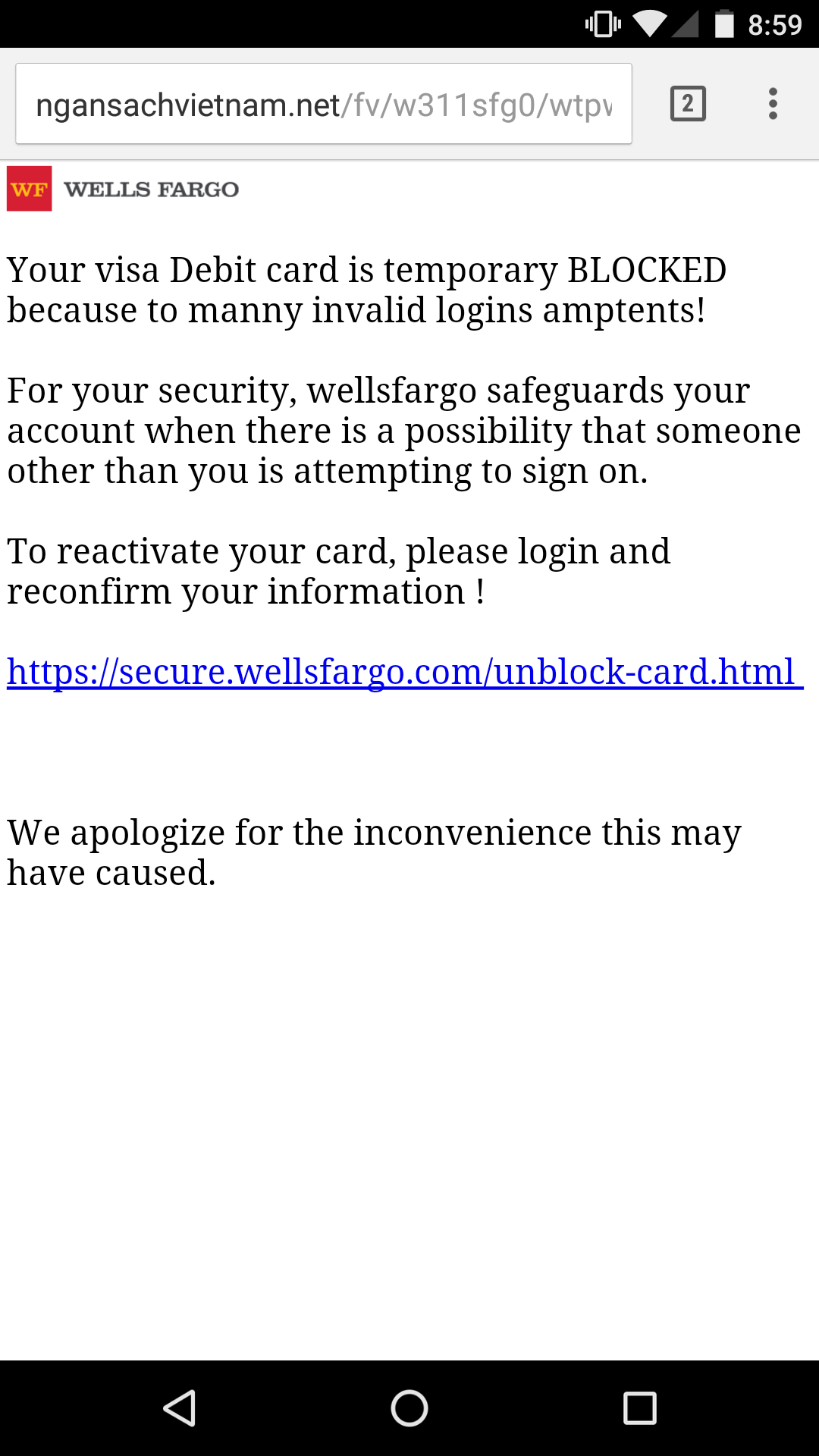 Did I catch a ‘manny’ in there? 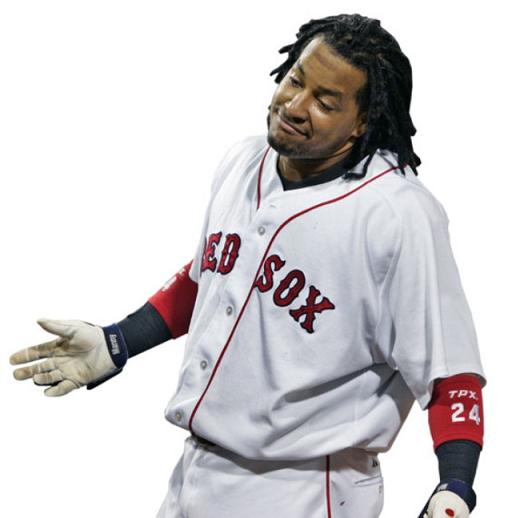 Some questions are out of left field. Then there’s this…

My name is Marco Gomez and I am project manager of a CubeSat project that is being developed in Costa Rica. We are currently working on the ground station design, among other things, and are thinking whether to use an omnidirectional antenna for the ground station. Our plan is to use a similar setup as to what is described in the paper attached to this email about the MEROPE ground station. It consists of an M2 eggbeater antenna and a Kenwood TS-2000 radio working on UHF for uplink and downlink (we are using a half-duplex system). Additionally, the spacecraft will be launched from the ISS, so we are assuming a 400 km altitude circular orbit for our analysis.

I am contacting you because I read that you worked on the ground station design and wanted to know if this setup worked. Any comments about the design and operations will be appreciated. Thank you for your time.

I haven’t attempted satellite communications for roughly 15 years, but presumably the MEROPE ground station setup would still be a viable option for CubeSat tracking. The antenna technology is probably the same, so ensure you pair an excellent radio (Kenwoods were great around 2000) with whichever tracking software you employ.

The CubeSat I did the research for blew the hell up over Kazakhstan in 2006… I had graduated and was no longer working for SSEL. I hope your payload finds orbit.

Hope they make it.. if the ISS ends up in pieces over Kazakhstan like the Dnepr carrying MEROPE, we’ve got some bigger fish to fry. I tracked down a link to an article to find out when this was… turns out the flight was delayed five years. Ouch. 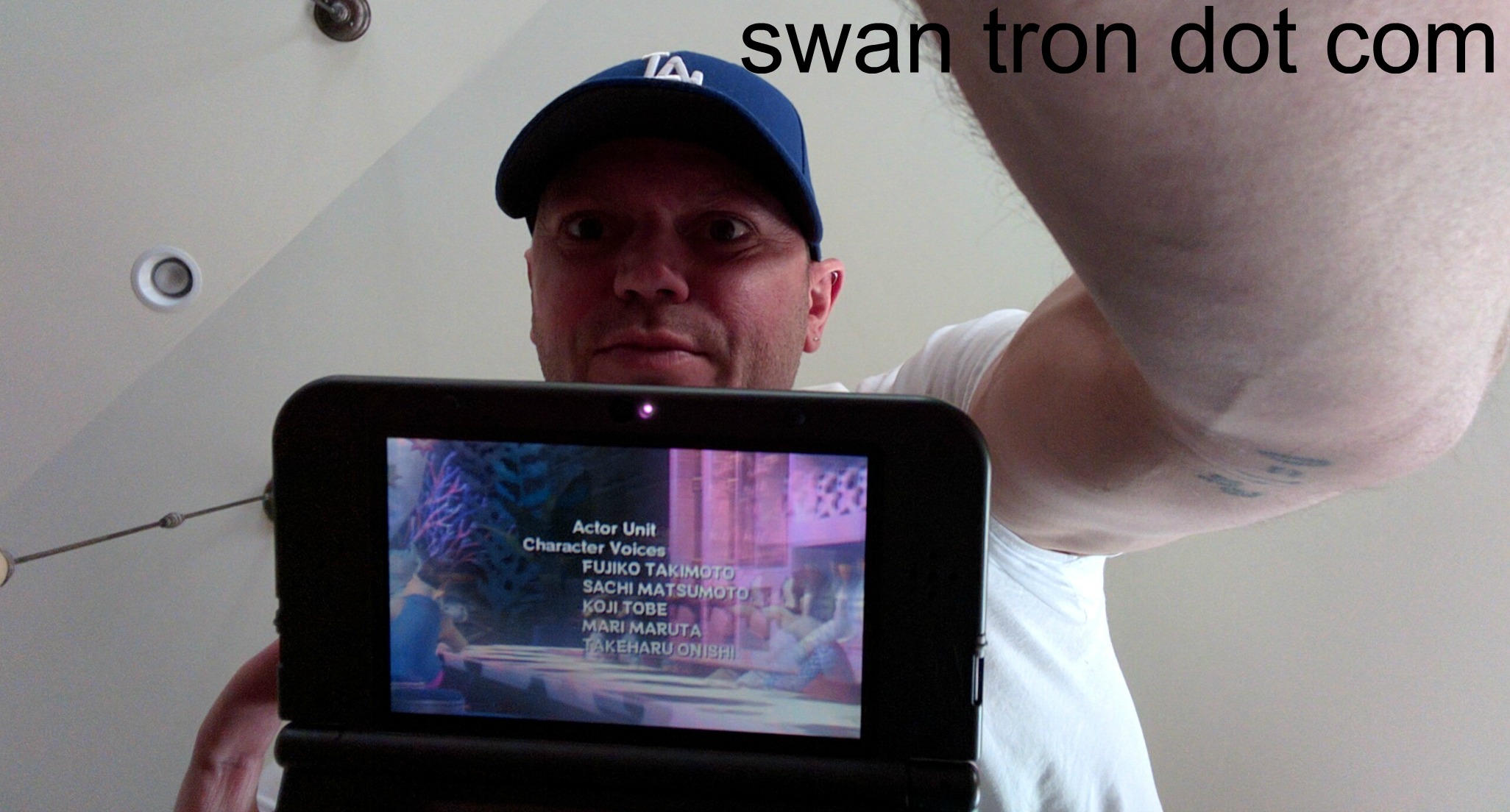