Kate and I went to Billngs last weekend to grab the wedding dress. The Olive Garden was, in fact, breath-taking…after we were able to eat. As it happened, my sister, cousin Keri, Katie, and I attempted to drink all of the beers in Billings. As it also turns out, Billings has a large population. Billings also has a lot of beer to quench that collective thirst. For the loss.

Anyhow, early-ish-ish in the night…we found out about these three elegant gentlemen:

Uncle Jeff’s favourite urinals in the world. Mine too, now. We Swansons have great taste.

July 10, 2006: My hombre Voy provides some landscaper lunch comic relief by crawling into a little van thing at the mall. 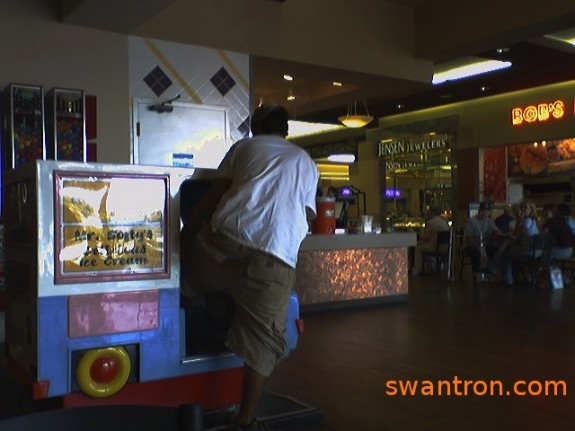 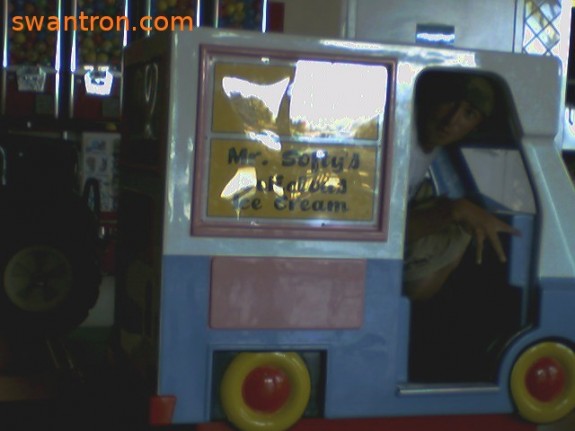 February 2, 2010: My nephew Jake provides some comic relief to his mother by hamming it up in a little van thing at the mall. 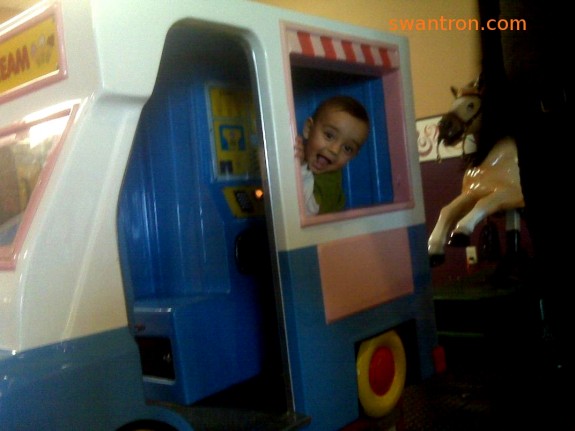 I hope, for Jake’s sake, that those food-court ass-faces clean those things. Lord knows what sort of grime was on Voy’s clam-diggers in ‘o6.

I wonder if Katie checks out bouncerblog.com…

I bet I find out soon

My sisters and I are still trying to figure out if we have any real photo documentation of our trip…here is a good one of Elizabeth in the meantime.

I know it doesn’t fit the page layout, but I like the pic…